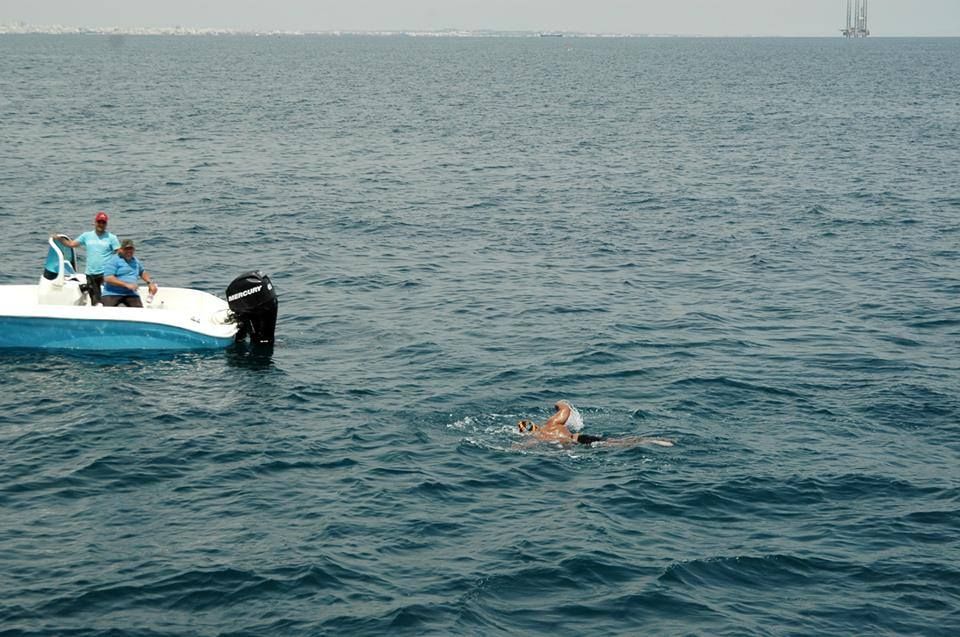 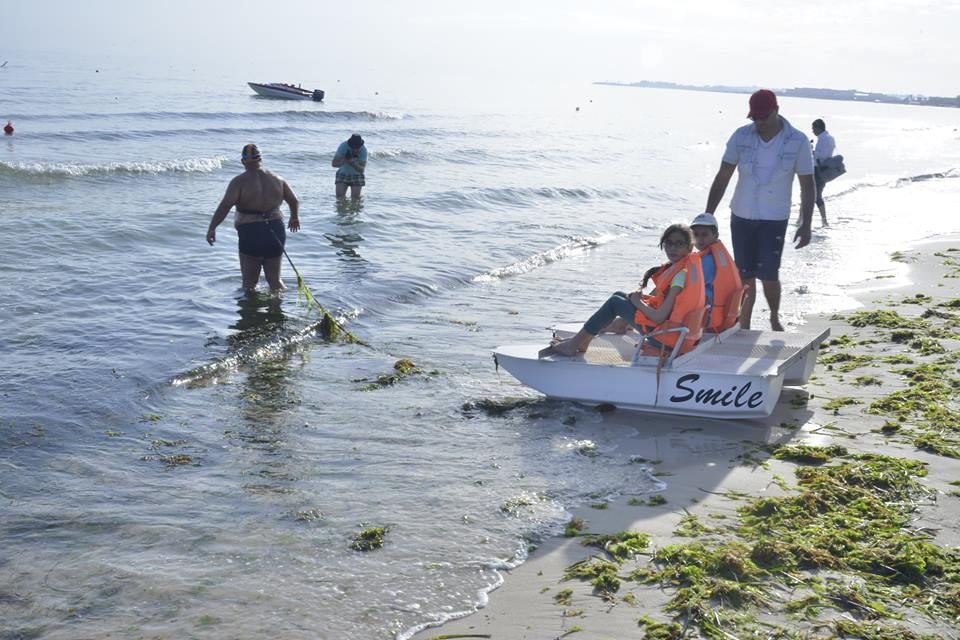 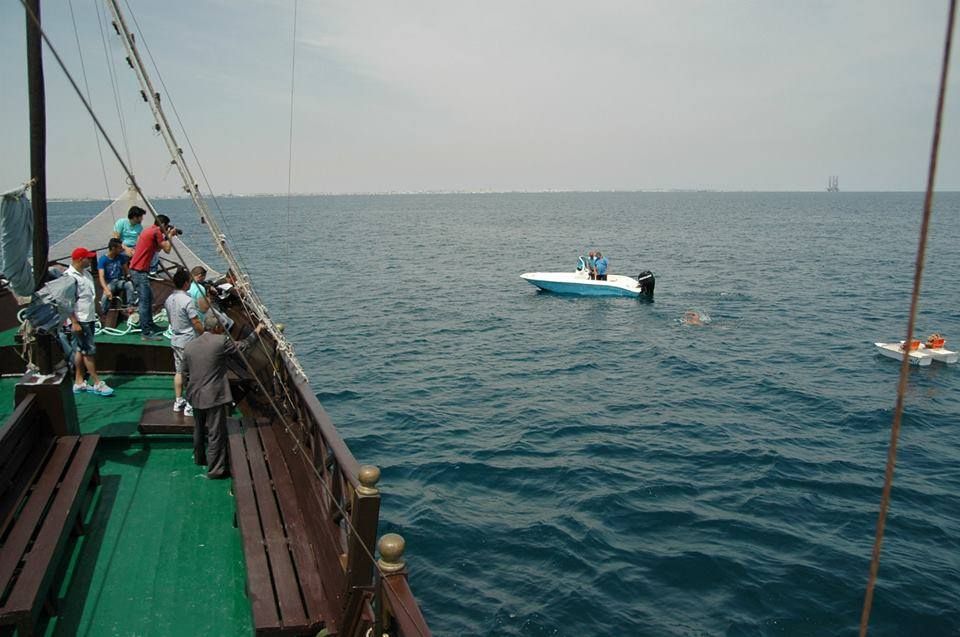 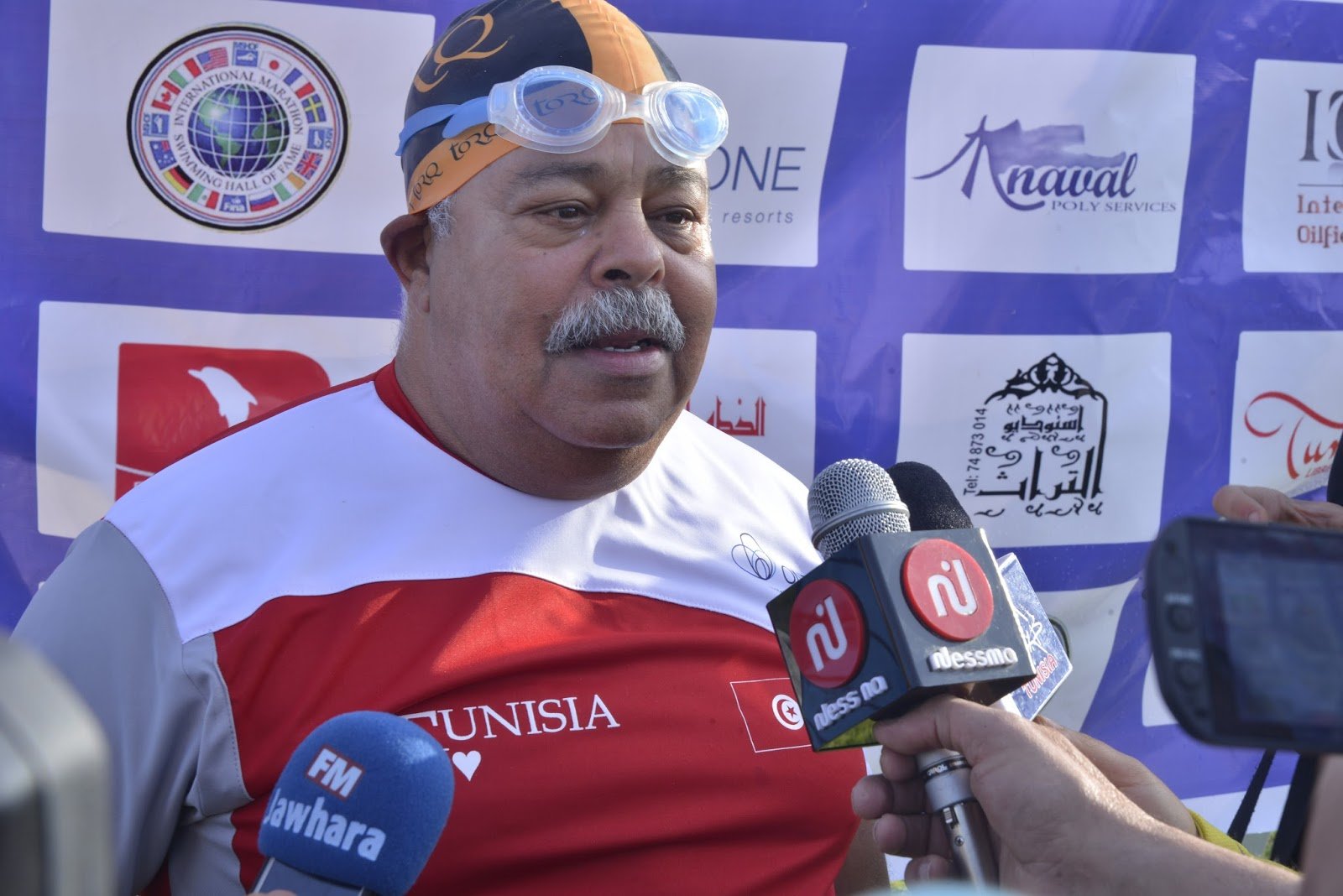 His World Iron Swim was set on May 24th while pulling 2 children in a boat in 6 hours 40 minutes from the One Resort Hotel beach to Dkhlia beach with the guidance of escort pilot Mahdi Aghir. 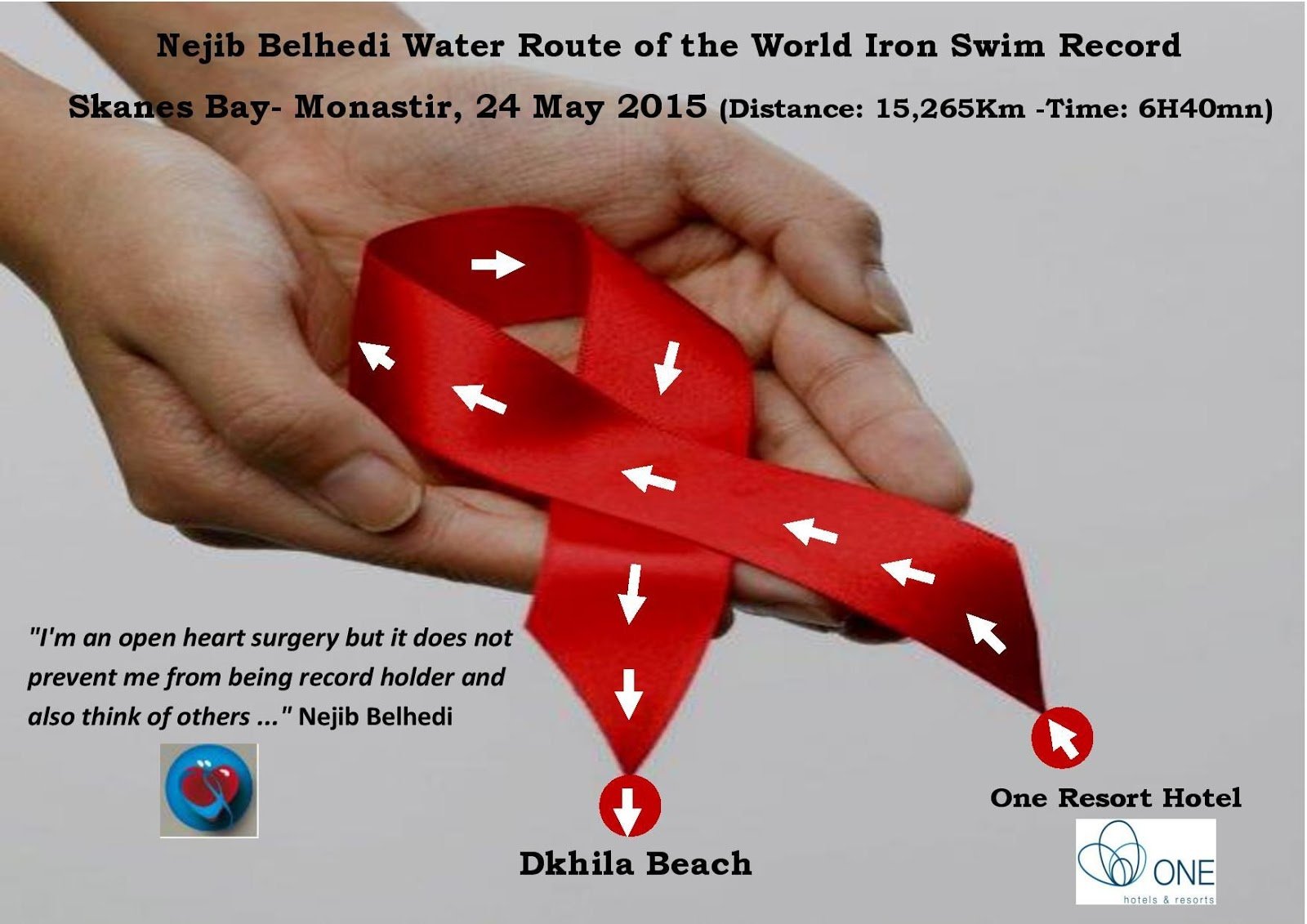 During the first 3 hour 30 minute segment, observer Mohamed Rekik described his swim, “The sea was as a mirror and the swimmer quickly got into his rhythm while pulling the boat with two children at a speed of 2 kilometers per hour. After two hours, the two kids who had constantly smiled were replaced by two bags of gravel that weighted 25 kg each.“

During the next 1 hour 30 minute segment, Rekik explained, “It was the most difficult and sensitive segment because the swimmer confronted an oncoming current. Then there was a beginning of waves that rose to Force 2-3. The swimmer increased his power and speed. In fact, the swimmer was excited as he swam with the force and rigor despite the waves and currents against him. He was inspired by the meeting up of the big boat Hannibal that came from the port in Monastir that carried the media and the delegation from the Parliament of Youth of the Municipality of Monastir. They watched and viewed the swimmer in action.

During the final 1 hour 40 minute segment, he continued. “The swimmer was pushed at a big angle by Force 3 waves that are moving southeast, so his speed increased, reaching a peak of 2-3 kilometers per hours.”

Belted offered his thoughts on his swim, “I dream always to speak of the sea. No painting, nor music, nor poetry could do it with such strengthness of Art suffering a deliverance so immense in the sea space. What is better than an open water swimmer naturally pulling a boat ad carrying passengers. I feel today more of a servant and donor while completing the Iron Swim in the sea of Skanes Bay- Monastir and my solidarity as an Open Heart Surgery patient to Sida/VIH patients as well as showing the right course to my fellow open heart surgery sharers.”

He also explains why he pulled two Tunisian children during part of the swim. “I believe in the road to peace because I was proud to pull a boat carrying Tunisian kids as I will be proud to pull a boat carrying a Jewish kids, Christian Kids as well as all kids whatever their religion, country, and race experience…I believe in peace because the rope that I attach around my waist; it is made by peace.”