World Record Holders To Be Honored In Murmansk 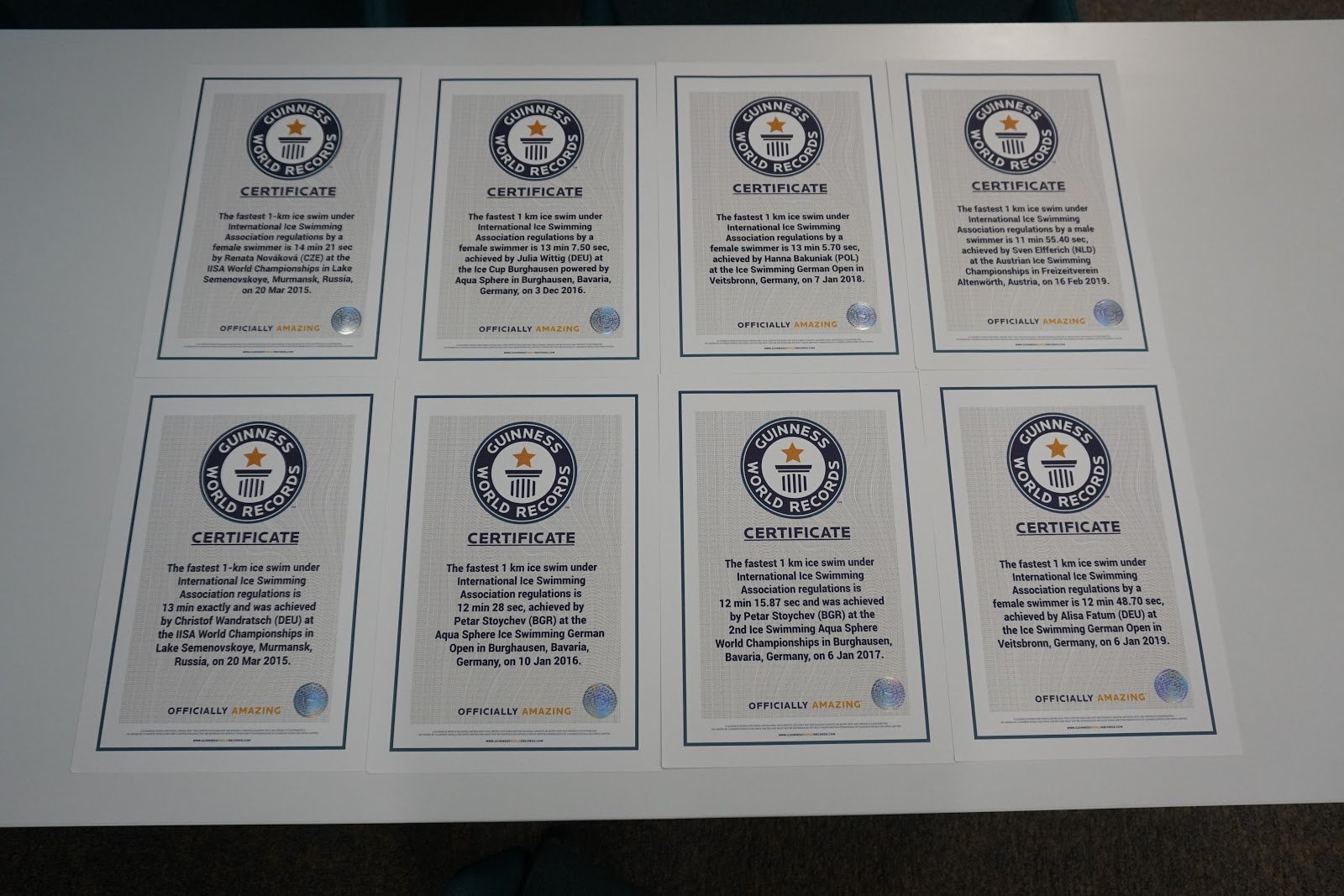 Guinness World Records is honoring each of the former and current Ice Kilometer world record holders with their customized GWR certificate at the festivities.

The female record holders include:

The male record holders include:

Fans can watch live streaming of the Ice Kilometer and all the other races in the Arctic Cup at www.murmanskiceswimming.ru.