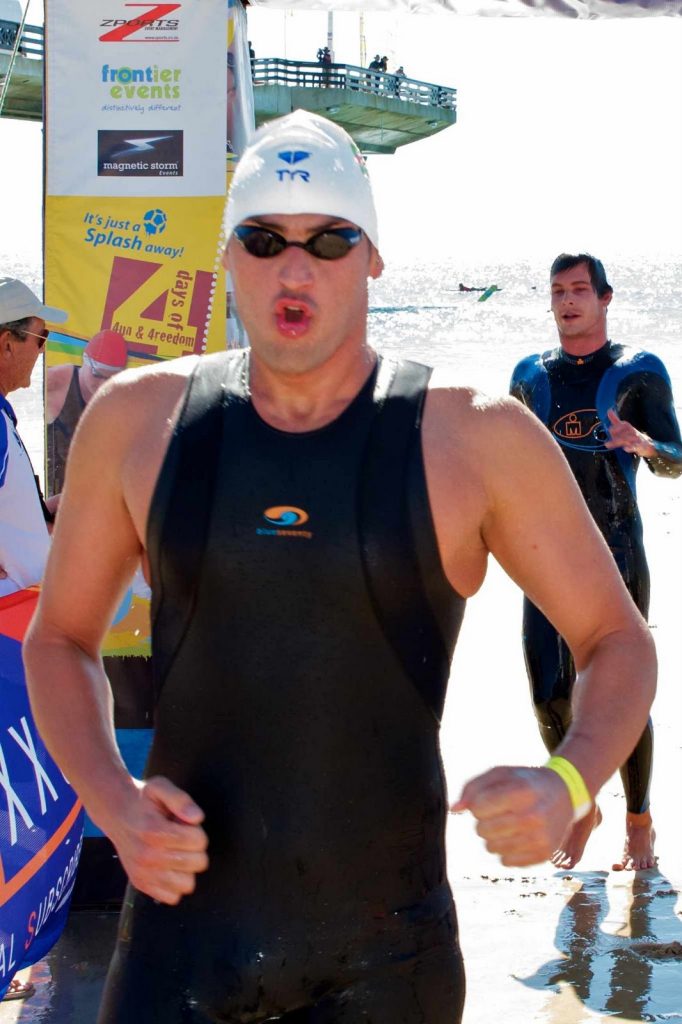 Petar Stoychev is admittedly slowing down and victories are more difficult to come by as a 34-year-old.

However, 2011 saw Petar extend his dominance over the professional marathon swimming world for the unprecedented 11th consecutive year.

He started out the year by winning the 57K FINA Open Water Swimming Grand Prix race in Argentina for the 10th year in a row and finished by winning his 11th consecutive Traversée internationale du lac St-Jean in Canada and 11th consecutive victory at the 34K Traversée internationale du lac Memphrémagog in Canada against the fastest marathon swimmers in the world.  Along the way, the English Channel world record holder also won the very difficult 25K race at the World Championships in inhospitably 32°C water in China. He was the first world open water swimming champion from Bulgaria. He also won the equally inhospitable 11°C water at the Cadiz Freedom Swim in South Africa.

For his continued dominance, world championship gold medal and willingness to travel anywhere to compete against anyone, Petar Stoychev is a worthy nominee for the 2011 World Open Water Swimming Man of the Year.