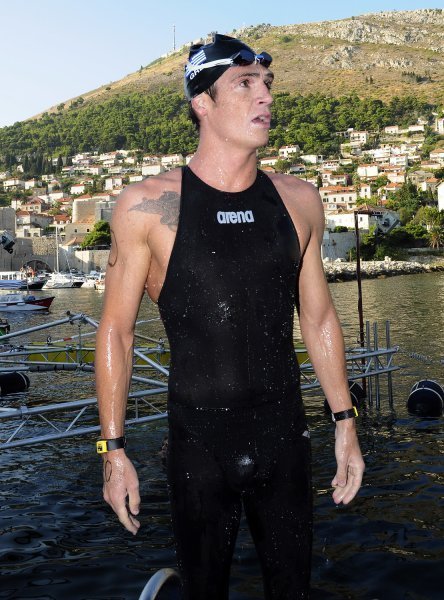 Spyridon Gianniotis keeps improving in the open water.  His hard work and improved racing tactics all came together in Shanghai at the 2011 World Championships where he won the prestigious 10K race over favored Thomas Lurz and earn a hard-fought silver medal in the 5K.

Now heading back to his fourth Olympics as a result of this world championship victory, the versatile 31-year-old is one of the Olympic 10K Marathon Swim gold medal favorites.

Always close to the top among his pool rivals, Spyridon found his true niche in the open water where his hard work and tactical mind can boost him to the top of the Olympic podium.  Personable and humble, yet sufficiently intense and aggressive enough to realize the gold medal at the Olympics, Spyridon is a man with a mission.

For his upset victory in the world championship 10K and his two-medal performance in Shanghai, Spyridon Gianniotis, the friendly multi-lingual distance swimmer, is a worthy nominee for the 2011 World Open Water Swimming Man of the Year.