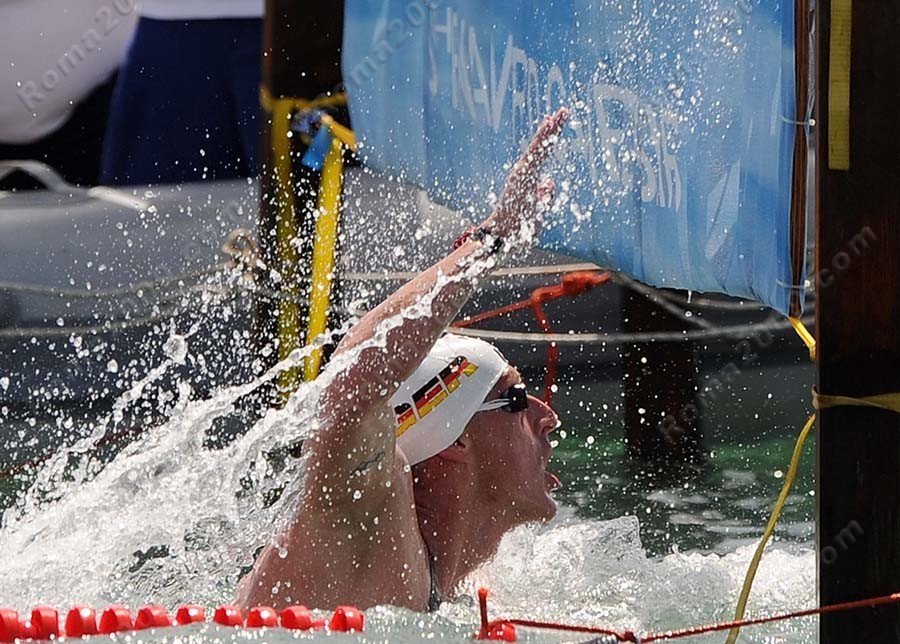 Thomas Lurz is one well-known constant in the elite world of open water swimming. 2011 was no different.

Always a gentlemen in victory and defeat, Thomas is one of the sport’s greatest ambassadors.

Known for his tremendously hard-working habits during training, his victories are earned the old-fashioned way, whether the competitions are held in rough seas or calm lakes.  He is humble by nature, but his intensity in the water is legendary.  Race after race, year after year, Thomas continues to pound out the mileage in training and stand tall upon the podium listening to the German national anthem.  For what he represents as an athlete and one of the Olympic 10K Marathon Swim gold medal favorites, Thomas Lurz is a worthy nominee for the 2011 World Open Water Swimming Man of the Year.