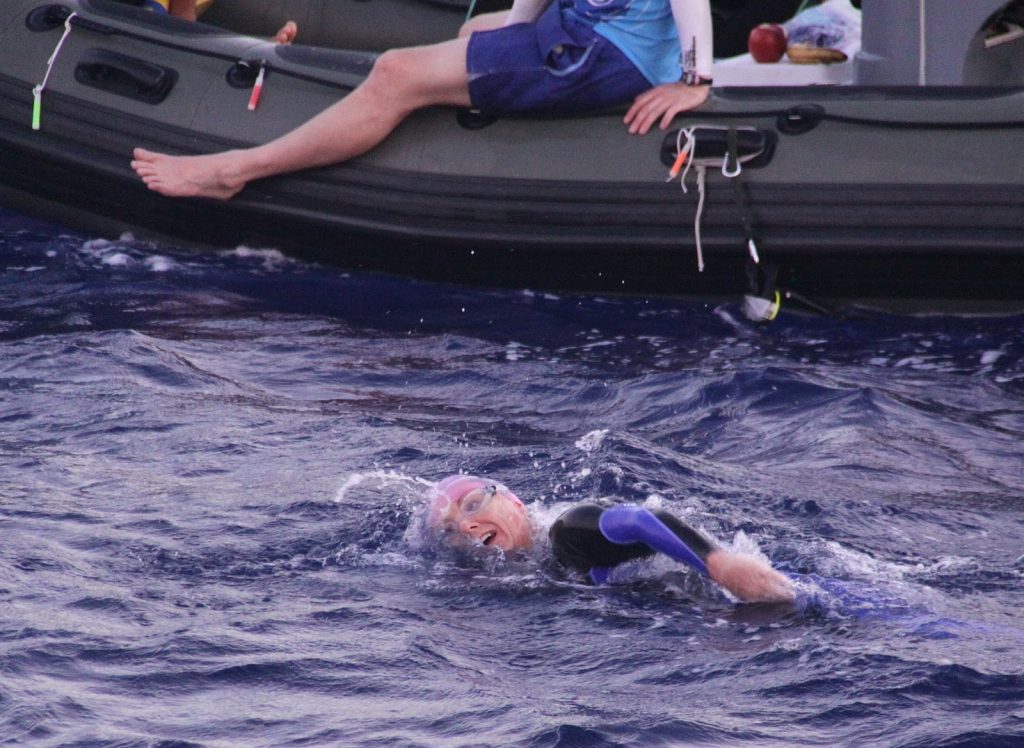 Penny Palfrey swam like few others in history during 2011.

Now with the kids all grown up, the 49-year-old from Queensland is making up for lost time, fast and furious.  She started off the year, swimming a trio of channels in Hawaii.  A warm-up in the 7-mile Alalakeiki Channel (between Maui and Kahoolawe) led up to a 17-mile Kaluakahi Channel (between Kauai and Niihau).

Then, starting minutes after a tsunami warning was lifted in Hawaii, she set off on a 26-mile Molokai Channel swim of 11 hours and 40 minutes.  This was all a precursor to her 68-mile swim in the Cayman Islands from Little Cayman to Grand Cayman Island where she faced jellyfish, sharks, towering swells and turbulence for 40 hours and 41 minutes.  She topped off her year with a 14 hour 30 minute crossing of the Tsugaru Channel in Japan to become the leading swimmer in the Ocean’s Seven Challenge.  For her ability  to organize and fund her swims all over the world, for her extraordinary endurance abilities and her inspiration to marathon swimmers worldwide, Penny Palfrey is a worthy nominee for the 2011 World Open Water Swimming Woman of the Year.