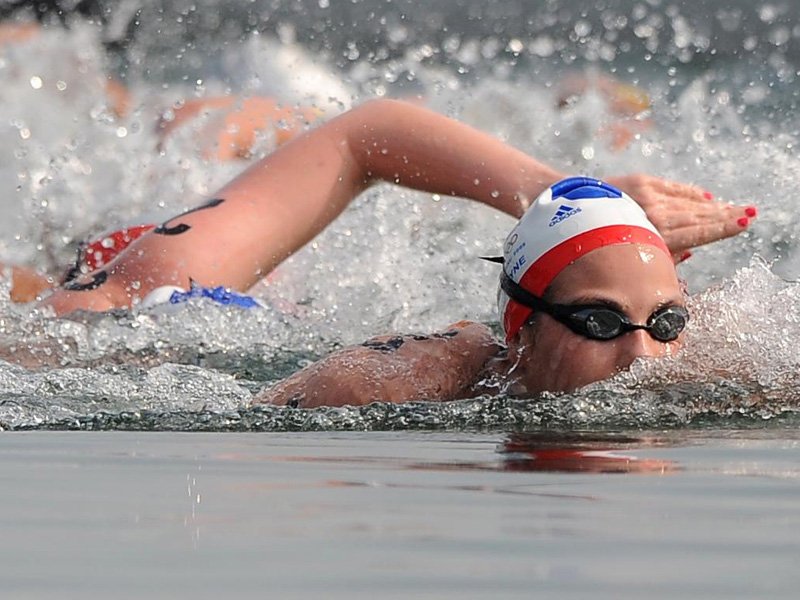 Keri-Anne Payne is facing the weight of Great Britain’s expectations on her well-trained shoulders and is standing up to the pressure like the champion she is.

She peaks at the right moment and excels when the world’s fastest swimmers start nipping at her heals.

Repeating her world championship performance from 2009, Keri-Anne led from start to finish at the 2011 World Championships in the pressure-laden 10K race.

Showcasing her exceptional navigational IQ, her extraordinary aerobic conditioning and a tenacity inherent in her DNA, Keri-Anne never let up at the world championships and never looked back as she became the hands-down Olympic gold medal favorite.

Named as World Open Water Swimmer of the Year by Swimming World Magazine and Ligue Europeenne de Natation (LEN), the icon of Great Britain is experiencing a great build-up to the Olympic year in her home country.

For her outstanding world championship swim that clearly demonstrated her mastery over the world’s elite, but also for her personable interaction with fans, her friendly patience with the media, and her ability to rise to the occasion when all the marbles are at stack, Keri-Anne Payne is a worthy nominee for the 2011 World Open Water Swimming Woman of the Year.