WOWSA!!! WOWSA Is Coming Down To The Finish 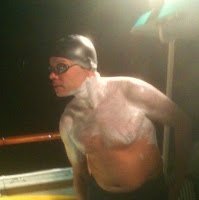 With less than 20 hours to go until the WOWSA announcement, the votes of 17,250 people from 108 countries are below.


Wherever these individuals ultimately finish in the WOWSA Awards, they are champions all. All truly wonderful role models of the sport, representing the epitome of everything that is cool, right and good about open water swimming.