Wrapping Up An Open Water Swim At Home Plate 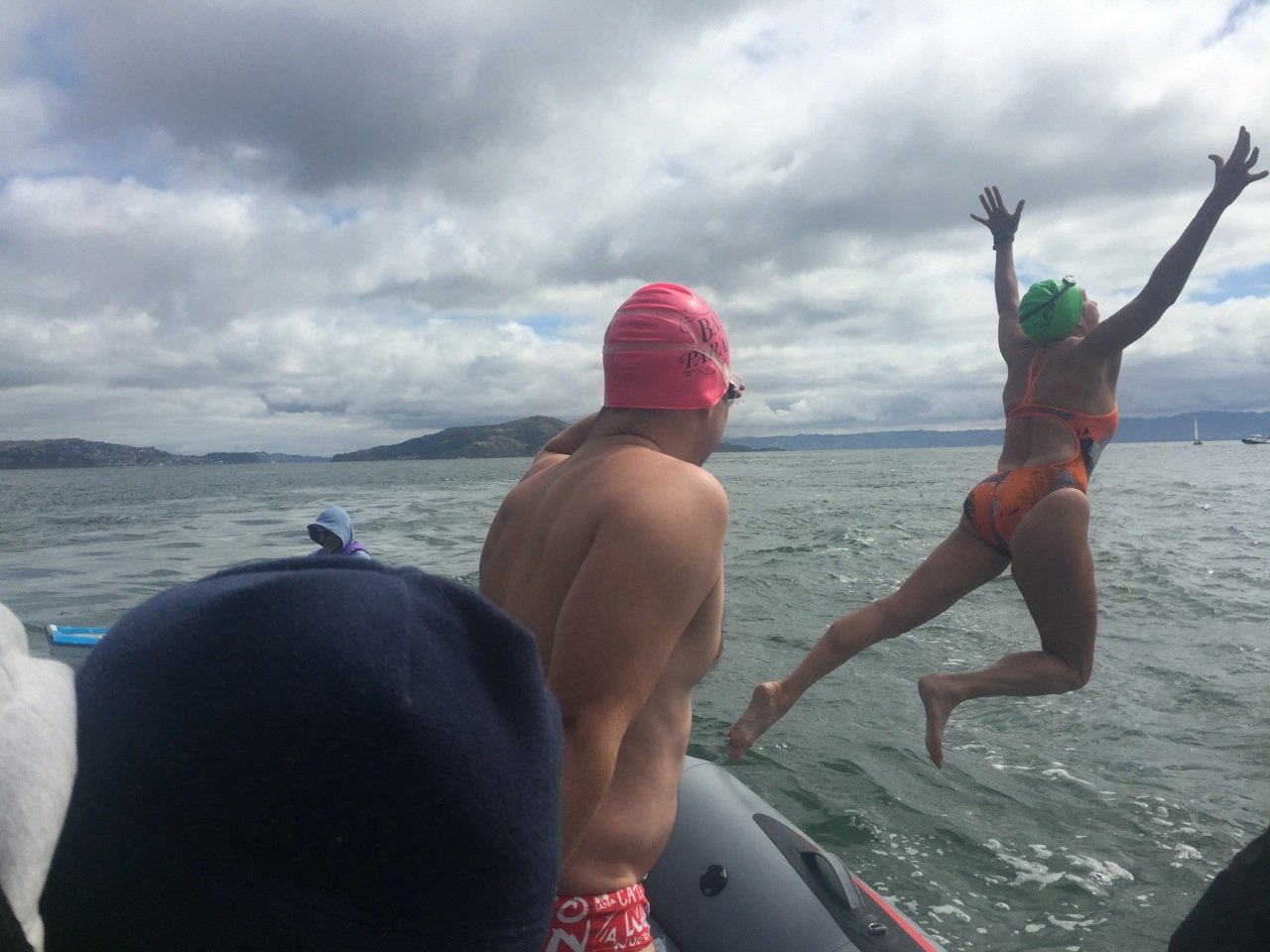 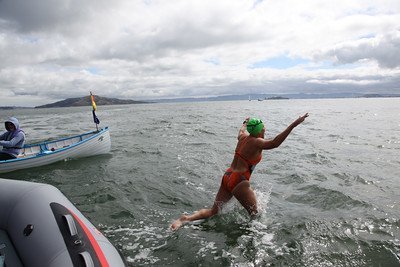 The 2016 San Francisco BayKeeper Swim spanned San Francisco Bay and started from the Golden Gate Bridge and finished to McCovey Cove near the San Francisco Giants Stadium. “Thanks to all the aquatically minded volunteers who supported the swim,” said Suzanne Heim-Bowen.

Heim-Bowen, famous for swimming faster than both men and women half her age, completed the 6.5-mile marathon swim in 1 hour 56 minutes. “I felt like I was flying with the nice flood [tide]. We could not ask for a more beautiful day.”

Heim-Bowen received the Golden Rivet Award and had the honor to stand at home plate during the American professional baseball [Giants] home game in its huge, seaside stadium. “While it was a wonderful honor to receive the award, at the end of the day it is about supporting Baykeeper, an organization that helps keep toxics and pollutants out of San Francisco Bay. As someone who has been swimming in San Francisco Bay for the past 38 years, I have a significant personal interest.”

The Bay Parade is an annual celebration of Baykeeper’s successes in making San Francisco Bay safe and enjoyable to recreate in. More than 100 swimmers, kayakers, stand up paddleboarders, and boaters gathered on May 22nd for a fun and active day on San Francisco Bay. Footage of the parade’s finale was broadcast on the Jumbotron at the start of the Giants home game, and the Golden Rivet Award winners were recognized at the Giants home plate ceremony.

Phil Bowen reflects on the changes he has personally seen in San Francisco Bay over the decades, “This organization has really made a difference in the cleaning up the San Francisco Bay. I remember when back in the late 1970’s and early 1980’s, the run-off from waste treatment plants and in the water quality in general was pretty nasty after the rains. The water smelled gross…trash floating in the water, gas and sewage smells, getting the ‘runs’ if you swam in certain areas.

Overall, water quality has improved. The past month we have seen whales breaching in the Bay, porpoises, pelicans returning and the little shark incident off Alcatraz. The eco-system is making a comeback
.”