Wristwatches Are A No, But GPS Is A Yes 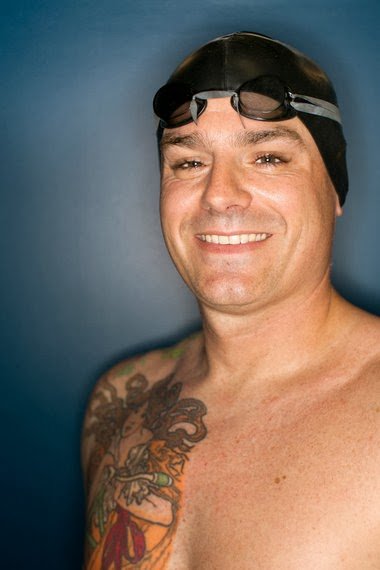 When Jason Lassen swam across the Catalina Channel in 2010, he channeled the spirit of Captain Matthew Webb in ways that most marathon swimmers do not.

Lassen (shown on left) completed his crossing of the Catalina Channel by swimming breaststroke as Captain Matthew Webb did across the English Channel and he did it without the use of GPS technology just as generations of marathon swimmers did throughout the 20th century.

But Lassen was not the first person to swim across the Catalina Channel breaststroke and without GPS. In 1927, Henry Sullivan became the second man to swim the channel in a time of 22 hours 45 minutes. Lassen beat Sullivan’s time handily in 15 hours and 59 minutes, but Lassen explains, “I wanted to make my swim as fair as I could, so we did the swim without GPS.”

Which brings up an interesting, albeit minor, point about the new Rules of Marathon Swimming recently issued by the Marathon Swimmers Federation.

Co-authored by Evan Morrison, Andrew Malinak, Donal Buckley, and Elaine Howley, the rules allow use of GPS technology and interactive media on the escort boat (e.g., information exchange via Facebook or mobile devices), but wristwatches are not allowed.

As stated by the co-authors, the Marathon Swimmers Federation Rules of Marathon Swimming are “…guided by the traditions and spirit of unassisted marathon swimming.” Specifically, “marathon swimmers embrace the challenge of crossing wild, open bodies of water with minimal assistance beyond their own innate physical strength and mental fortitude. There are ways to make the sport easier, but marathon swimmers consciously eschew them.

Marathon swimmers take pride that their achievements can be meaningfully compared to the achievements of previous generations, because the standard equipment of the sport has not changed significantly since 1875.”

Electronic devices that transmit information to the swimmer – from wristwatches to biofeedback monitors – are not allowed. However, the use of GPS technology is. GPS may have been eschewed by Lassen, but GPS is readily embraced by nearly every other channel swimmer, marathon swimmer, their pilots and their crews. GPS has, in essence and nearly ubiquitously, become an integral part of the sport as swimmers and their teams have become dependent upon the technology.

But the differentiation between GPS and wristwatches seems a tad inconsistent to us. For the benefits of wearing a wristwatch pale in comparison with the use of GPS in marathon swims – especially in channel swims done at night, in terrible weather, across strong currents and tidal flows, and in the fog and rain.

Some pilots still remember the days of celestial navigation with a sextant back in the previous century. Other pilots remember escorting swimmers guided by the lights on the distant shoreline – and being worried when fogged in. And most pilots readily admit that contemporary marathon swimmers and channel swimmers are greatly aided by GPS.

“GPS a game changer,” said one pilot experienced in the Pacific Ocean. “You can be absolutely accurate in fog and zero visibility . Drifting current are now not a problem. You can stay on the right course and know exactly where you are. And, of course, in case of an emergency, you can tell rescue exactly where you are within a couple feet.”

So while the marathon and channel swimmers have outlawed wristwatches, the community has not been immune to utilizing other kinds of improved technologies and new equipment to help athletes achieve their dreams. From the wool suits of the era of Captain Webb to the synthetic fibers used by contemporary athletes in their high-tech jammers, equipment in the marathon swimming continues to advance. Cumbersome goggles with large rubber gaskets have given way to comfortably-fitting optical and prescription goggles. Coffee, tea and brandy has given way to scientifically-formulated hydration drinks. But nothing has arguably been as beneficial to marathon swimmers of the 21st century as the incredibly convenient and accurate GPS.

“GPS largely takes the uncertainty out of escorting swimmers across channels, bays, seas and around islands. The talents and know-how of experienced mariners are still an absolute need, but GPS allows the pilots, crews and swimmer to have confidence that they are swimming on the optimal or particular course,” says Steven Munatones of the International Marathon Swimming Hall of Fame. “With GPS, swimmers and crew can know if they are on their pre-determined rhumb line or what their position is and how far to go. These are navigational advantages that were not available to swimmers in previous centuries, especially when swimming at night, or under cloudy or foggy conditions.”

But wristwatches were not always banned in the sport. Frankly, few governing bodies specifically ruled out the use of wristwatches by swimmers.

Penny Dean who set the English Channel record in 1978 in 7 hours 40 minutes after setting the one-way (7 hours 15 minutes in 1976) and two-way (20 hours 3 minutes in 1977) crossings of the Catalina Channel, recalls her use of technology: as in wristwatches, but not GPS. “We used watches on swims in England. I never swam with a watch before then. The funny thing in England was I wore a Timex, but it gained time as I swam. When I thought I was done, I would stop only to hear my mom yell at me and say, ‘I had two more minutes.’ Before GPS, we used radar and swam an extra 2 to 4 miles. GPS allows the swimmer to swim in a straight line saving any drift.”

But at the end of the day and the start of every swim, GPS, wristwatch or not, a swimmer has still gotta swim.

And you gotta respect that.

NOTE: The complete Rules of Marathon Swimming and its latest updates, additions and modifications are listed here.