Write On When Not Swimming

Write On When Not Swimming

In these trying times of lockdown, quarantines and shelter-in-place ordinances, the lives of swimmers – among others – have been turned upside down with pool and beach closures. Suddenly, swimmers cannot swim, but more importantly, they miss the camaraderie of being with their teammates. Racing against, laughing together, and complaining about certain sets with their lanemates is often as important as the act of swimming itself.

This isolation can be hard on older swimmers, not only is fear stoked by 24/7 media reports, but their human-to-human support system is now yanked from their lives. Bruce Asper, a volleyball coach at the Orange County Volleyball Club in Southern California has a grandmother named Hazel and he came up with a program called Letters to Hazel. There are other programs (like Love for the Elderly) where younger generations can build an important link – and some positive words and a bit of human touch – between the increasingly isolated elderly and themselves through old-fashioned, 20th century style handwritten letters sent by the good ol’ post office.

“Emails, texts and SMS are fine, but there is still something more tangible and so truly genuine when you receive a handwritten letter from the heart, at least for us old-school people,” says Steven Munatones. 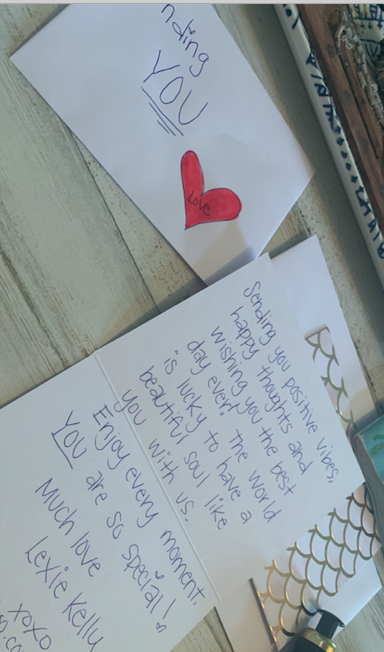