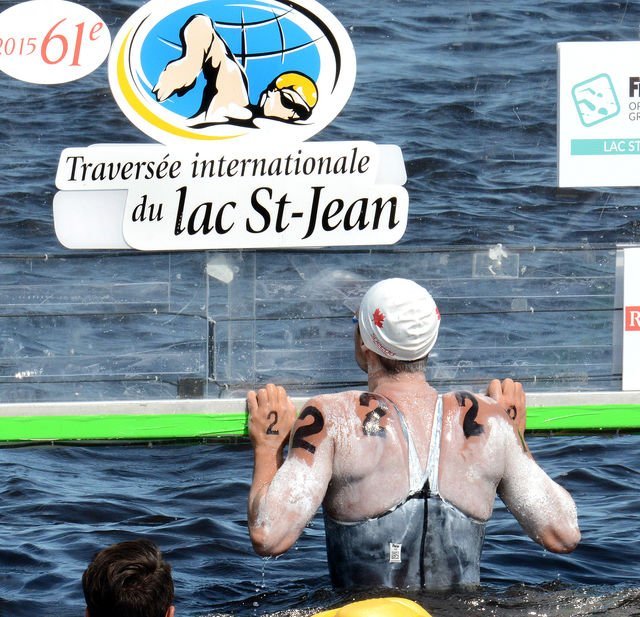 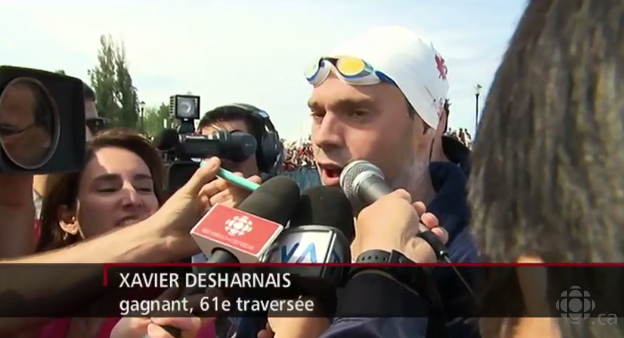 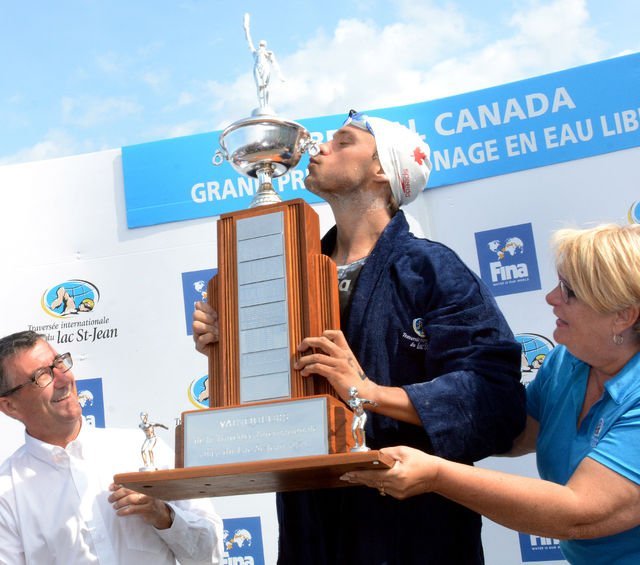 If there was to be any year where Xavier Desharnais was to win the 61st annual Traversée internationale du lac St-Jean outright, it was to be this year. Last year, he shared the victory podium with Tomi Stefanovski, but he only had one goal in 2015 for the July 28th race that is the richest on the FINA Open Water Swimming Grand Prix circuit.

With the field thinned out due to the 2015 FINA World Championships, all eyes were on the local hero Desharnais. Self-expectations were high, but local expectation were even high that this was his year.

And he did not disappoint in the cold and rough conditions.

One by one his chief rivals like Tomi Stefanovski and Damian Blaum pulled out, leaving Desharnais to battle with fellow Canadian Philippe Guertin and France’s Bertrand Venturi. But it was Desharnais’ race to win in turbulent times where the number of non-finishers (11) nearly equaled the number of finishers (12).

For a television report in French, visit here.