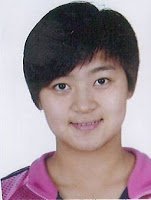 At the 2nd Asian Beach Games in Barr Al Jissa Qantab in Muscat, Yanqiao Fang of China, one of the world’s best marathon swimmers who finished fourth at the 2010 World Open Water Swimming Championships, proved the class of the field with a dominating victory in the 10K

Fang finished in 2:04:12.0, over 6 minutes ahead of her nearest competitor. In combination of Li Xue’s victory in the 5K, China dominated the women’s races. “It was a long race. China is quite a strong team, but we also prepared thoroughly and I also think of ourselves as a strong team,” Fang said.

The final results of the women’s 10K competition were as follows:

But her victory was not an easy one for marine life was an obstacle for everyone. “I’m exhausted. I am so dehydrated because the water is so hot. I got stung by jellyfish in the 5K and that has impacted on my swimming today because they really hurt,” said Hong Kong’s Natasha Tang.