Yasunari Hirai Has Insured Himself To Commit 100% 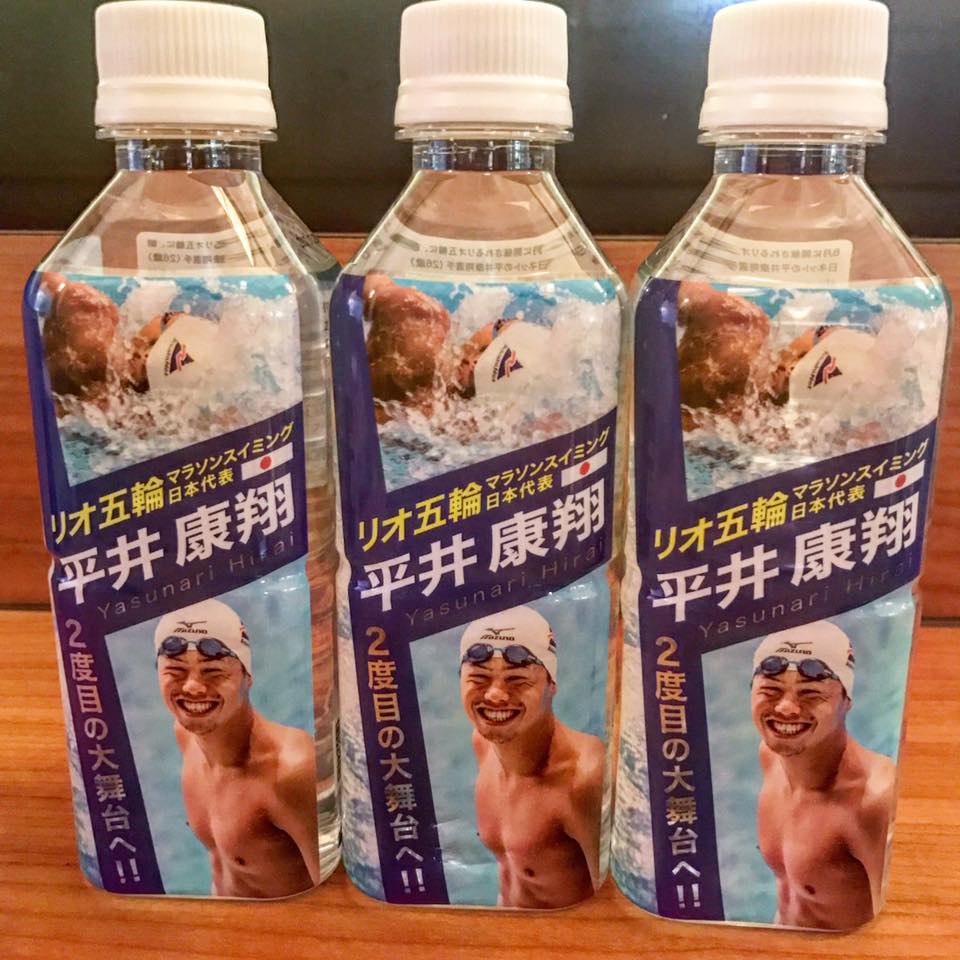 Yasunari Hirai is the only open water swimmer with his own current line of water (YASU WATER or ヤス ウォーター in Japanese, shown on left).

The two-time Olympic swimmer finished within 5 seconds of the gold medalist in the 2016 Olympic 10K Marathon Swim in Copacabana Beach at the 2016 Rio Olympics; Ferry Weertman won gold in 1:52:59.8 over Hirai who was closing very fast in 1:53:04.6.

The two-time Japanese marathon swimmer has trained and raced all over the world, from Australia to Brazil, China to Italy, bringing goodwill and cheer to all he meets.

He recently added a financial services and insurance company as one of his sponsors, SBI Holdings Corporation. The visionary company is headquartered in the hip, fashionable, happening sector of Tokyo.

SBI Holdings is expanding its offerings from a Japan-orientation to a more global perspective – and Hirai is an integral part of those plans.

“When I was a college student, I read an interview about Yoshitaka Kitao, the President and CEO of SBI Holdings,” explained Hirai. “I imagined that I would like to work with Kitao someday. Even now, I keep that article with me.

I will face the challenge of competing [at the 2020 Tokyo Olympics] as a culmination of life in deference to SBI Holdings which has a slogan ‘to the world SBI’. I am very happy to meet this challenge in a wonderful environment. At the same time, we have prepared more than ever and have the will to concretely think about what we can do as an active Olympian. We compete, we take action, we act to contribute to society in Japan, Asia and the world. I would like to do it. We will support a lot of people and will do our best to win gold at the Tokyo Olympic Games
.”