The first Olympic medalist in Ireland received his inspiration from open water swimming.

John “Jack” Butler Yeats drew an oil painting of the 1923 Liffey Swim, a 2.4 km river swim that started in 1920 in Dublin, Ireland. His painting, called Swimming, won the silver medal at the 1924 Paris Olympics. 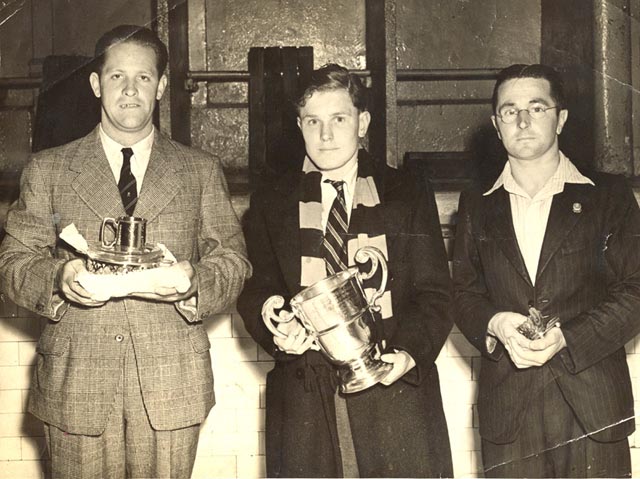 The Liffey Swim is an annual race in Dublin’s main river, the Liffey and is one of Ireland’s most famous and longest running open water swims.

The photo on the left shows those young men who stood on the 1947 podium. The winner Kenneth Ruddock, who later became a priest, is dressed sharply standing in the center. 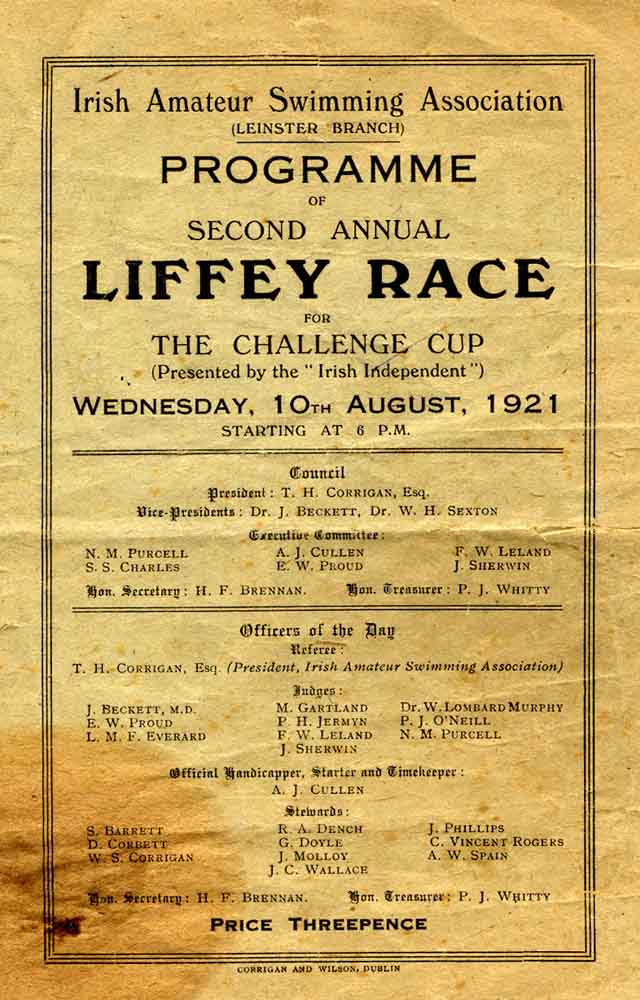 The price of the second annual Liffey Swim, organized by the Irish Amateur Swimming Association in 1921, was threepence.

Ruddock recalls his 1947 victory in an interview here, “I was one of the very few swimmers from outside Dublin to win the race. The National and Leinster Times in Carlow carried an extensive coverage of the event in one its summer editions that year. I think that I am one of only two other people who later were ordained priests of The Church of Ireland who won the race.

I knew Pat Condon who won second place the year I won. I had never met the person who was third. But I do remember him saying to me in a humorous vein when he saw my clerical garb that there must have been holy water in the Liffey in the year I won! This is all part of the fun of swimming and of the happy memories which transcend and overcome all barriers and divisions
.”

Information and lower photos are courtesy of the Dublin City Public Libraries.