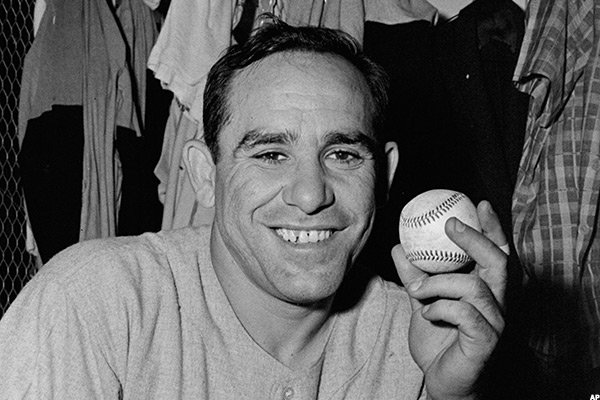 Yogi Berra, who recently passed away at the age of 90, was arguably one of the greatest American baseball players in history, especially for his position as a catcher. He was certainly one of the most engaging and entertaining and quotable.

Throughout his career as a player, manager and coach Yogi’s quotes were well-known among American sporting fans – and could be creatively interpreted as pithy wisdom for open water swimmers:

“It ain’t over ’til it’s over“: Whether it is a close elite race that comes down to the very last stroke or a channel swim that can always encounter the unexpected at any time, Yogi’s quote is fitting in the open water world.

“It’s déjà vu all over again“: Whether it is a loop course or another jellyfish sting, open water swimmers can repeatedly experience certain things.

“When you come to a fork in the road, take it“: When an open water swimmer faces hardship or obstacles during a race or solo swim, they just have to grin and bear it.

“We made too many wrong mistakes“: Time and time again, open water swimmers can make mistakes in navigation or tactical decision-making in a race or in a solo swim, but they keep on going, competing and trying.

“You can observe a lot by watching“: It is a valuable experience to first serve as a crew member or volunteer on a channel swim before attempting the swim yourself.

“The future ain’t what it used to be“: Once a swimmer achieves their goal, there is occasionally a mental letdown or depression of sorts. The journey is often more alluring than the final destination.

“You’ve got to be very careful if you don’t know where you are going, because you might not get there“: Swimmers cannot always see in the open water or do not always know where they are heading, but they always place their faith and trust in their escorts, crews and pilots.

“In theory there is no difference between theory and practice. In practice there is.”: Open water swimmers can talk and think a lot about a certain swim, crossing or body of water, but there is nothing like experiencing the swim itself.

“A nickel ain’t worth a dime anymore“: The cost of everything in the sport – from equipment and fees to pilots and travel – continues to increase.

“It ain’t the heat, it’s the humility“: Mother Nature always humbles even the strongest swimmer.

“You don’t have to swing hard to hit a home run. If you got the timing, it’ll go.“: Open water swimmers do not have to be powerful; if they have the proper technique and can swim streamlined and balanced, they will be successful.