You Are Not Alone Walking From Los Angeles To San Diego

During her long training sessions in preparation for her swim from Cuba to Florida, Diana Nyad frequently listened to audio books on her FINIS Duo product.

While Nyad is better known as a personality on television, on the speaking circuit, and in the water, she is now focused on walking on dryland.

Her latest project with trainer Bonnie Stoll is the EverWalk where they have invited individuals of all ages, backgrounds and abilities to walk with them any distance between 5 km to 233 miles on their inaugural EverWalk from Los Angeles to San Diego in Southern California. Participants can register for the date(s) and distance(s) that suits their lifestyle and schedule – and several other walking opportunities will be organized between now and 2019.

“This EverWalk route from Los Angeles to San Diego will be some inland walking, but the majority of the route will have ocean views and travel through coastal towns. It’s going to be beautiful,” the EverWalk course is described. “Each day’s full route will be between 17 and 25 miles and will include at least two rest stops and one lunch stop.”

For more information on the inaugural EverWalk, visit here. 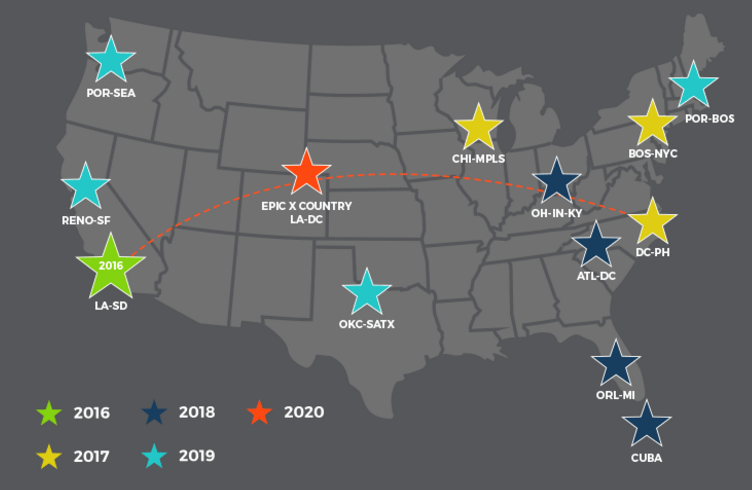