You Are An Old-Time Swimmer If… 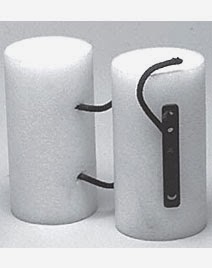 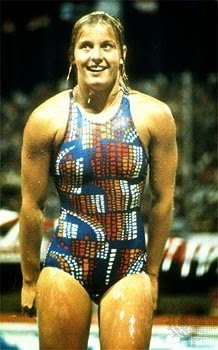 You know you are a wily old veteran swimmer if you…

1. can remember swimming an entire workout without goggles
2. came out of workout and remember seeing rings around all the lights
3. can remember a time when only rectangular-shaped hand paddles were used
4. can remember a time when there was only one type of white pull buoys was used
5. can remember stop watches that require winding with a button at the top
6. can remember workouts that were conducted without a pace clock
7. owned a Belgrad suit
8. owned double-lined swimsuits with plunging neck lines
9. sent a letter and went to the post office to communicate with your escort pilot
10. can remember a time when survey tools were used to mark courses
11. can remember a time when fins and snorkels were used in the ocean and not in the pool
12. could enter the Manhattan Island Marathon Swim without writing essays
13. mailed in your entry forms
14. received Popsicle sticks as you crossed the finish line
15. did not warm-down after a race
16. did not bring hydration to the pool or take water bottles to workout
17. thought naked swimming meant skinny dipping
18. could not imagine what vog is or what yackers are
19. thought zip lining was something you did in the forest or jungle on vacation
20. thought swimcest was rare and swickies were non-existent
21. had no idea what GPS, triathlon, transponder, jammers, brown fat or gel packs meant when you first started swimming

31. pulled with a kickboard held between your legs
32. pulled with 1/2 kickboards with a rubber band around it and had to use Vaseline to avoid chafing
33. wore multiple suits for additional drag
34. wore white rubber swim caps even if you were a girl with short hair
35. ate jello powder and honey at swim meets
36. had wool suits and thought the nylon swimsuits with a double panel in the front and a skirt were a big improvement
37. stitched a skirt in front of your Belgrad suit

38. wore your mother’s old nylons and t-shirts for additional drag
39. used lemon to treat green hair from the chlorine in the pool
40. remember when Jello squares were sold at the snack bar

41. trained with up to 20 swimmers per lane
42. swam without lane ropes which was the norm
43. warmed up with 10×50’s butterfly to get rid of the public out of your lane
44. used a bucket tied with a towel around your ankles for extra drag
45. used a towel tied to a rubber band around your ankles for pulling
46. used a rubber band only for pulling
47. trained without a swim cap
48. raced without a swim cap…or goggles
49. remember when green hair was the norm for blonde hair
50. your green hair snapped off from the chlorine
51. remember when clear goggles were the only coloured goggles
52. open water swims in Australia were called “Swim-Thru’s”
53. remember when a kick set was only using your own legs (i.e., no fins)
54. learned to swim in the river or ocean
55. swam 800m/1500m events around midnight as the last event on the program
56. ate loaves of white bread for carbo-loading
57. ate jellybeans for instant energy in between heats and finals
On the reverse side of aquatic sports, you are a newbie swimmer if you do these things.