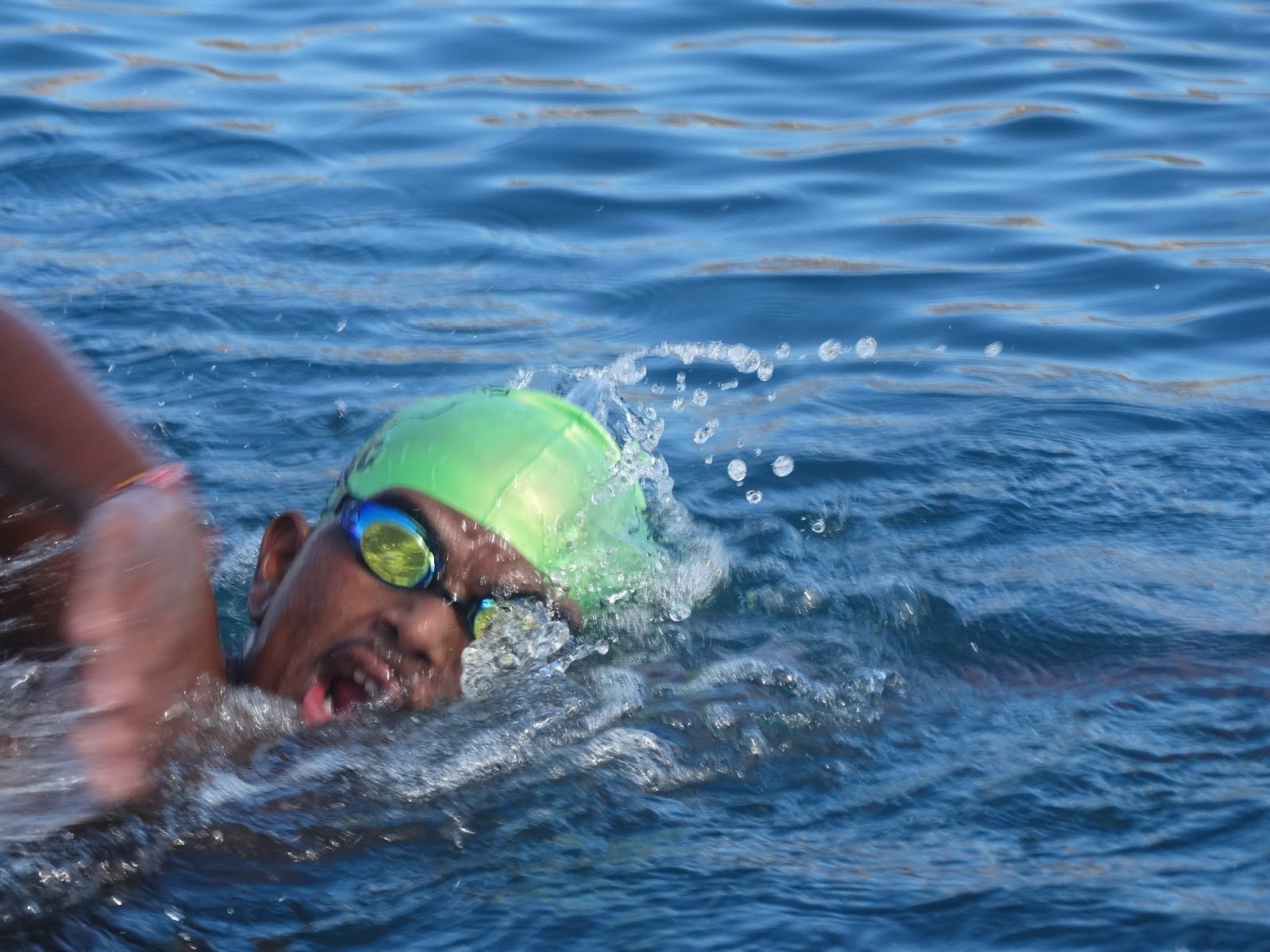 Prabhat Raju Koli, a student of Atomic Energy Junior College in Mumbai, India, continues to travel the world, tackling one channel at a time.

The 17-year-old added the Catalina Channel to his list of impressive marathon swims today with a 10 hour 30 minute crossing.

With Sally Minty-Gravett from Jersey and his father Rrkoli Koli as his coaches, he aims to complete the Oceans Seven that will embellish a career that has taken him to complete the 81 km India National Open Water Swimming Competition in Bhagirathi River in west Bengal, five competitions in the Arabian Sea, a 66 km circumnavigation around Jersey Island in 10 hours 11 minutes, a crossing of the English Channel in 13 hours 14 minutes, and six swims in South Africa including the Robben Island swim and a swim around the Cape of Good Hope.

He has seen more dolphins, jellyfish, seals, sunfish and other marine life in more bodies of water than most teenagers his age – and many others his senior.