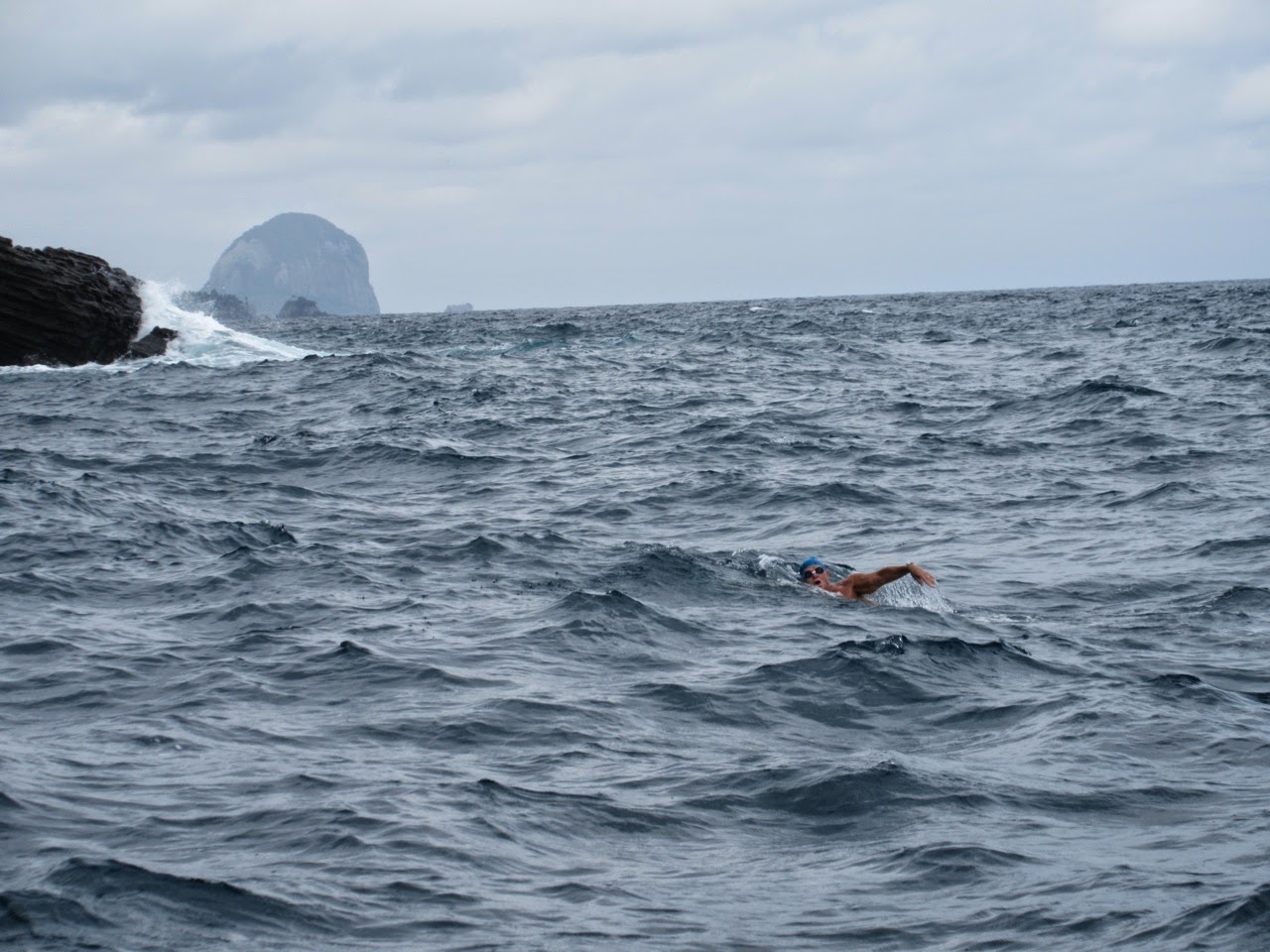 On June 22nd, International Swimming Hall of Fame Honor Open Water Swimmer David Yudovin completed the first swim from the island Tinhosa Pequena to Principe Island in the country of São Tomé and Príncipe off the western coast of Central Africa.

The islands are located near the equator in the Gulf of Guinea.

“The swim distance was 11.5 nautical miles,” reports Yudovin from Africa. “It took 6 hours 11 minutes and began in the early morning. The conditions in the channel were very rough with wind and current and sea swells of 6-7 feet that are kicked up by strong storms crossing the southern Atlantic Ocean.

The water temperatures were 82-84ºF (27-28ºC) with the wind at 12-15+ knots. We had 2 boats and a television crew on board that saw the swim start with hundreds of cliff-dwelling birds diving at me. At the same time, I had a shark go directly under me. As the swim progressed, I had a beautiful blue marlin swim slowly up to me very closely, look me in the eye, and then slowly swim away. It was 10-12 feet, beautiful, but a little scary.

I was also hit by several Portuguese man o war along the way, visited by dolphins, and had another shark come near at the finish

As the first channel swim done in São Tomé and Príncipe, the local populace was very enthusiastic and supportive. “I also had great support from the Bom Bom Resort on Príncipe Island. They provided the boats and a very professional crew.” 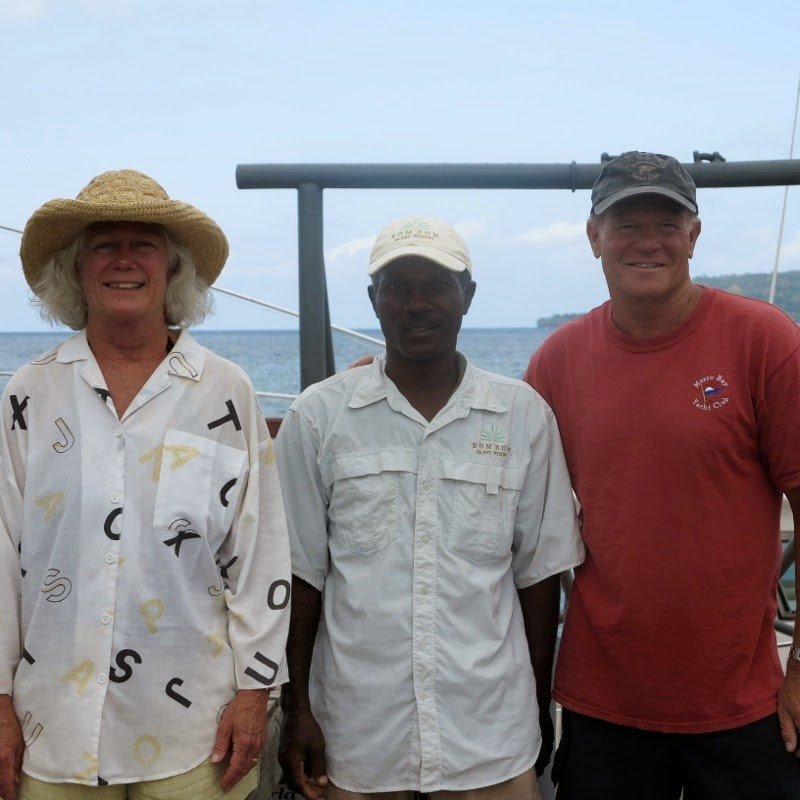 His latest exploit concludes a 6-year channel swimming journey that consisted of 8 channel swims, spanning the Portuguese and former Portuguese islands of the eastern Atlantic Ocean, including the Azores, Madeira, Cape Verde and São Tomé and Príncipe.

Photo shows Yudovin with his wife and escort pilot Argentino.