Yumi Kida Carrying On Japanese Traditions In The Open Water 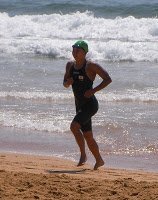 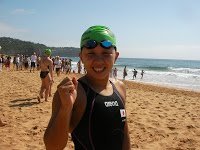 In Portugal’s Setubal Bay this Saturday, Japan’s Yumi Kida will attempt to become the first Japanese athlete to qualify for the Olympic 10km Marathon Swim.

A former world championship finalist in the 800m freestyle, the small-but-tenacious Kida has the speed and endurance to finish not only in the top 15 in order to qualify, but also has the potential to finish in the top 5 at the 2012 FINA Olympic 10km Marathon Swimming Qualifier in Setubal Bay.

She has been placing in the top 10 of several FINA 10km Marathon Swimming World Cup events over the past few years, so she also has the requisite racing experience and savvy to become an open water swimming Olympian.

For her to represent Japan and its long traditions in the open water competitions (over 2,000 years), Kida would carry the mantle of tens of thousands of Japanese open water swimmers in London.

Watch Kida and the rest of the 41 Olympic hopefuls live on Portuguese television here on June 9th.