Zach Jirkovsky Is All Smiles After 100 Hours Of Swimming 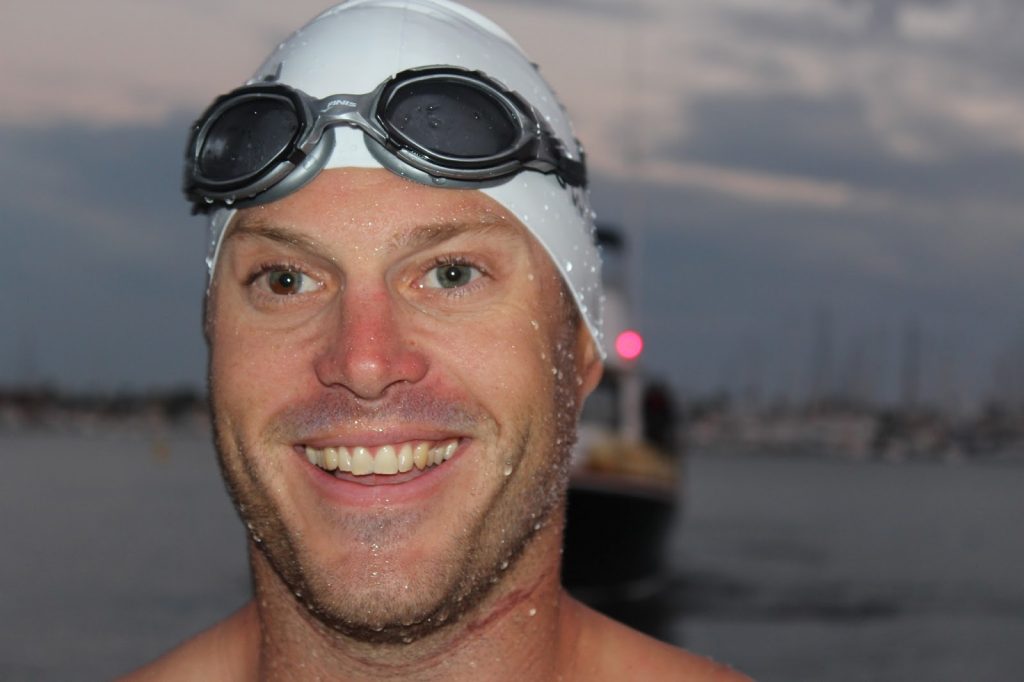 Zach Jirkovsky was all smiles after walking ashore with his Night Train Swimmers after spending 4 days and 4 hours swimming from Gaviota State Park to San Diego.

“I got a bit of chaffing on my right shoulders because of my beard [stubble],” said the designer from Ventura, California. “We got hit with some jellyfish, but we had this jellyfish/sunscreen on that helped.”

But walking onshore with his teammates, Jirkovsky looked like he merely swam one hour instead of 17 separate one-hour legs.

The world record ocean relay swim of 228 miles done in 100 hours 28 minutes was a remarkable swim with a remarkable group of athletes. “So many things could have gone wrong,” said Captain Vito Bialla. “But this team came together and got the job done. There were no complaints; just a solid group of committed athletes. It was like clockwork out there, everyone doing their part, covering for everyone, making sure everyone was safe.”