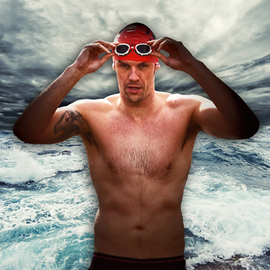 If Adam Walker was busy before, his life is just about to get busier.

The British coach and spokesman is not only currently coaching athletes and serving as a Counsellor for One Young World and as an Ambassador of the Royal Life Saving Society, but he was also recently appointed as Zoggs’ Open Water / Triathlon Swimming Ambassador.

David Annand, Zoggs UK Marketing and PR Manager said, “When selecting an ambassador for Open Water and Triathlon swimming, Adam was an obvious candidate. We have known Adam since the beginning of his swims and have happily provided him with the necessary kit to complete the Oceans Seven. He has an inspiring story to tell and will be a tremendous role model to all of those taking part in open water swimming.”

Walker will continue to promote Zoggs athe the 220 Triathlon Show in February and the Swim Expo in March 2015. He explains, “It’s great to be working with Zoggs in an official capacity having been a big fan of their kit, especially the Zoggs Predator Flex range of swimming goggles which I’ve used for all Oceans Seven swims. Working with Zoggs can only help raise the profile of open water swimming and I look forward to collaborating with them at forthcoming events and product launches.”