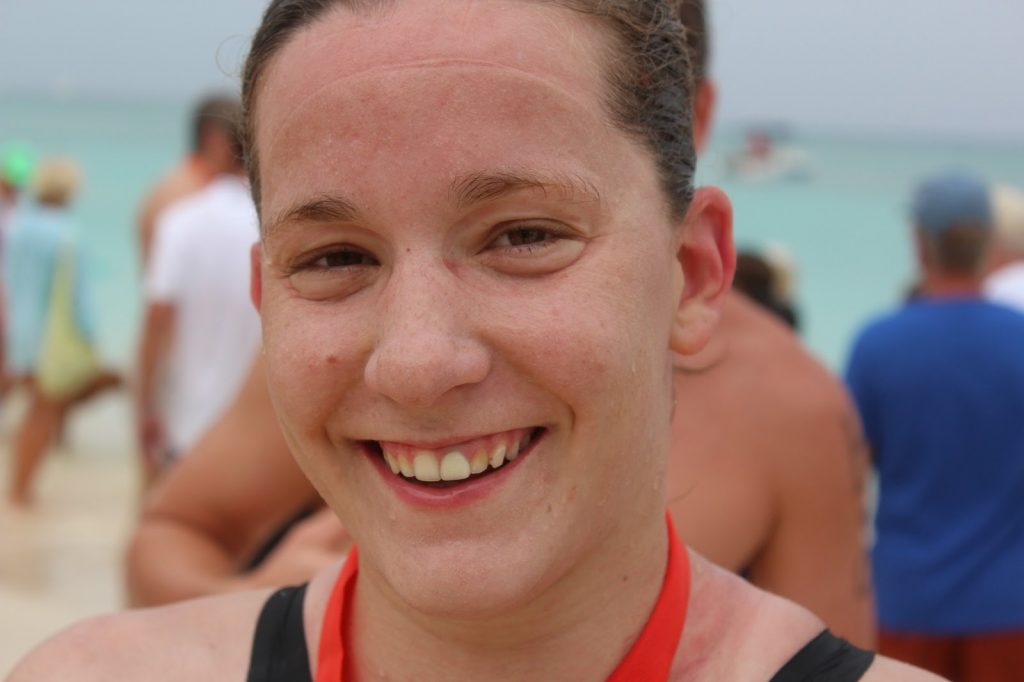 (1) get used to her new swimsuit for the upcoming FINA World Championships in Barcelona, (2) win the inaugural 10 km race along Seven Mile Beach on Grand Cayman, (3) understand how hydration affects her core body temperature, and (4) stay up with the boys.

Her swimsuit was perfect and she won the 10 km competition handily.

But the “staying up with the boys” goal was the most interesting as she was in the lead pack of boys for the entire first half of the race until Jordan Wilimovsky took off and broke up the pack. There was a lot of physicality which seemed useless to the friendly Canadian. “I was not there to pick a fight. I was there [in the pack] to catch a ride. They were being babyish and hostile,” recalled the 22-year-old recent university graduate.

“And the sighting. The boys were awful with directions. We went this way and that way.”

But Balazs took control of her own destiny after the lead pack broke up and took the straight arrow towards her second victory over 3 days in Grand Cayman.